Chester is a city in northwest England, founded as a Roman fortress in the 1st century A.D. It's known for its extensive, well-preserved Roman walls made of local red sandstone. In the old city, the Rows is a shopping district distinguished by 2-level covered arcades and Tudor-style half-timbre buildings. A Roman amphitheatre, with ongoing excavations, lies just outside the old city's walls. 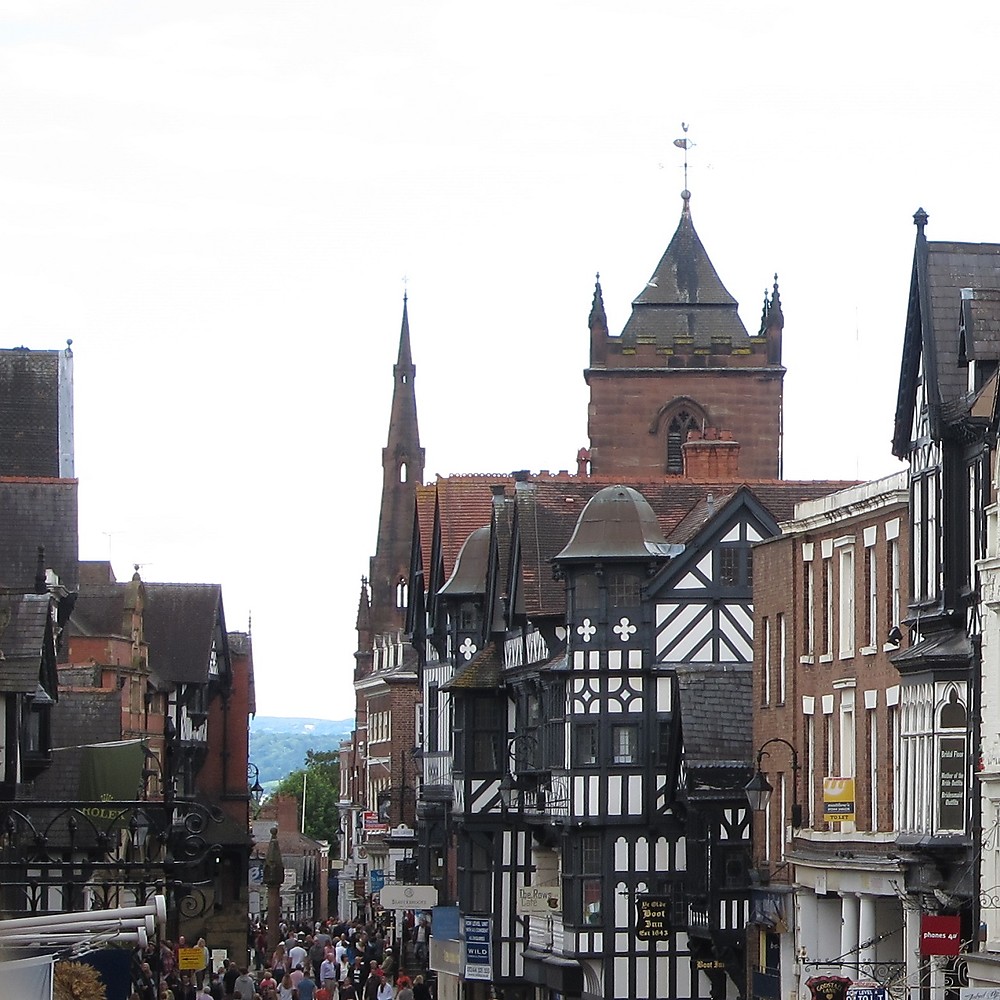