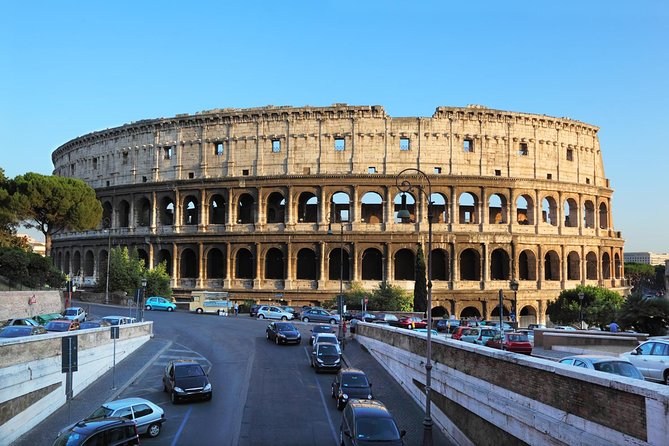 Learn the stories behind the grand monuments of Rome, discover the Colosseum, the Roman Forum & Palatine Hill and finally the mysterious Catacombs

ItineraryThis is a typical itinerary for this productStop At: Palatine Hill, Rome, LazioThe Palatine is one of the seven hills of Rome, located between the Velabro and the Roman Forum, and is one of the oldest parts of the city. The site is now a large open-air museum and can be visited during the dayDuration: 1 hourStop At: Colosseum, Rome, LazioThe Colosseum, originally known as Amphitheatrum Flavium or simply as Amphitheatrum, is the largest amphitheater in the world, located in the center of the city of RomeDuration: 1 hourStop At: Catacombe di San Callisto, Rome, LazioIn these Catacombs there were buried dozens of martyrs, 16 pontiffs and many Christians.They take their name from the deacon St. Callisto, who, at the beginning of the 3rd century, was appointed by the Pope Zefirino to administer the cemetery and so the Catacombs of San Callisto became the official cemetery of the Church of Rome.Duration: 1 hourStop At: Roman Forum, Rome, LazioThe Roman Forum is, together with the Colosseum, the greatest example of the grandeur of the Roman Empire still visible today. it was the area where the public and religious life of ancient Rome took place.With the fall of the Empire, the Roman Forum fell into oblivion and was buried little by little. Although the existence and location of the Forum was already known in the 16th century, excavations began only in the 20th century.Duration: 1 hourStop At: Arcibasilica di San Giovanni in Laterano, Rome, LazioIt is the mater et caput of all the churches of Rome and the world.It is the first of the four major papal basilicas and the oldest and most important basilica of the West.Duration: 30 minutesStop At: Basilica di Santa Maria Maggiore, Rome, LazioThe Basilica of Santa Maria Maggiore, located on the top of the Esquiline Hill, is one of the four patriarchal Basilicas of Rome and is the only one that has preserved the early Christian structures. A well-known tradition has it that it was the Virgin who indicated and inspired the construction of her home on the EsquilineDuration: 45 minutes