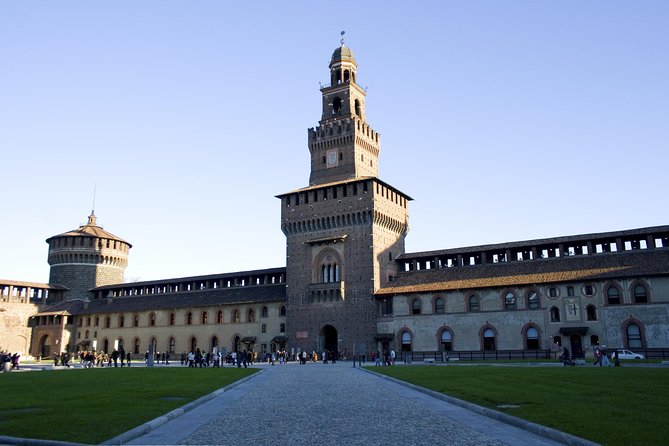 The advent of the Sforza, one of the major Italian Renaissance courts. This tour lets you discover the relations of the family with Lorenzo the Magnificent, and lets you experience a walk through the trails of the city, with the history of the great artists at the Sforza court: from the architect Filarete to Leonardo da Vinci, until the fall of the house Sforza.

Rising from rural nobility, the Sforzas became condottieri and used this military position to become rulers in Milan. The family governed by force, ruse, and power politics, similar to the Medici in Florence. Under their rule the city-state flourished and expanded.Muzio Attendolo (1369–1424), called Sforza (from sforzare, to exert or force), founded the dynasty. A condottiero from Romagna, he served the Angevin kings of Naples and became the most successful dynasty of the condottieri. His son Francesco I Sforza ruled Milan, having acquired the title of Duke of Milan (1450-1466) after the extinction of the Visconti family in 1447. The family also held the seigniory of Pesaro, starting from Muzio Attendolo's second son,Alessandro (1409–1473). The Sforza held Pesaro until 1519, with the death of Galeazzo.Muzio's third son, Bosio (1411–1476), founded the branch of Santa Fiora, who held the title of count of Cotignola; the Sforza ruled the small county of Santa Fiora in southern Tuscanyuntil 1624. Members of this family also held important ecclesiastical and political position in the Papal States, and moved to Rome in 1674, taking the name Sforza Cesarini. The Sforza became allied with the Borgia family through the arranged marriage (1493-1497) between Lucrezia Borgia and Giovanni (the illegitimate son of Costanzo I of Pesaro).This alliance failed as the Borgia annulled the marriage once the Sforza's were no longer needed. In 1499, in the course of the Italian Wars, the army of Louis XII of France took Milan from Ludovico Sforza (known as Ludovico il Moro, famous for taking Leonardo da Vinci into his service). After Imperial German troops drove out the French, Maximilian Sforza, son of Ludovico, became Duke of Milan (1512-1515) until the French returned under Francis I of Franceand imprisoned him.