The Cinque Terre National Park is a protected area inducted as Italy's first national park in 1999. Located in the province of La Spezia, Liguria, northern Italy, it is the smallest national park in Italy at 4,300 acres, but also the densest with 5,000 permanent inhabitants among the five towns. In addition to the territory of the towns of Cinque Terre (Riomaggiore, Manarola, Corniglia, Vernazzaand Monterosso al Mare), the Cinque Terre National Park encompasses parts of the communes of Levanto (Punta Mesco) and La Spezia (Campiglia Sunsets).Cinque Terre was included as a UNESCO World Heritage Site in 1997. 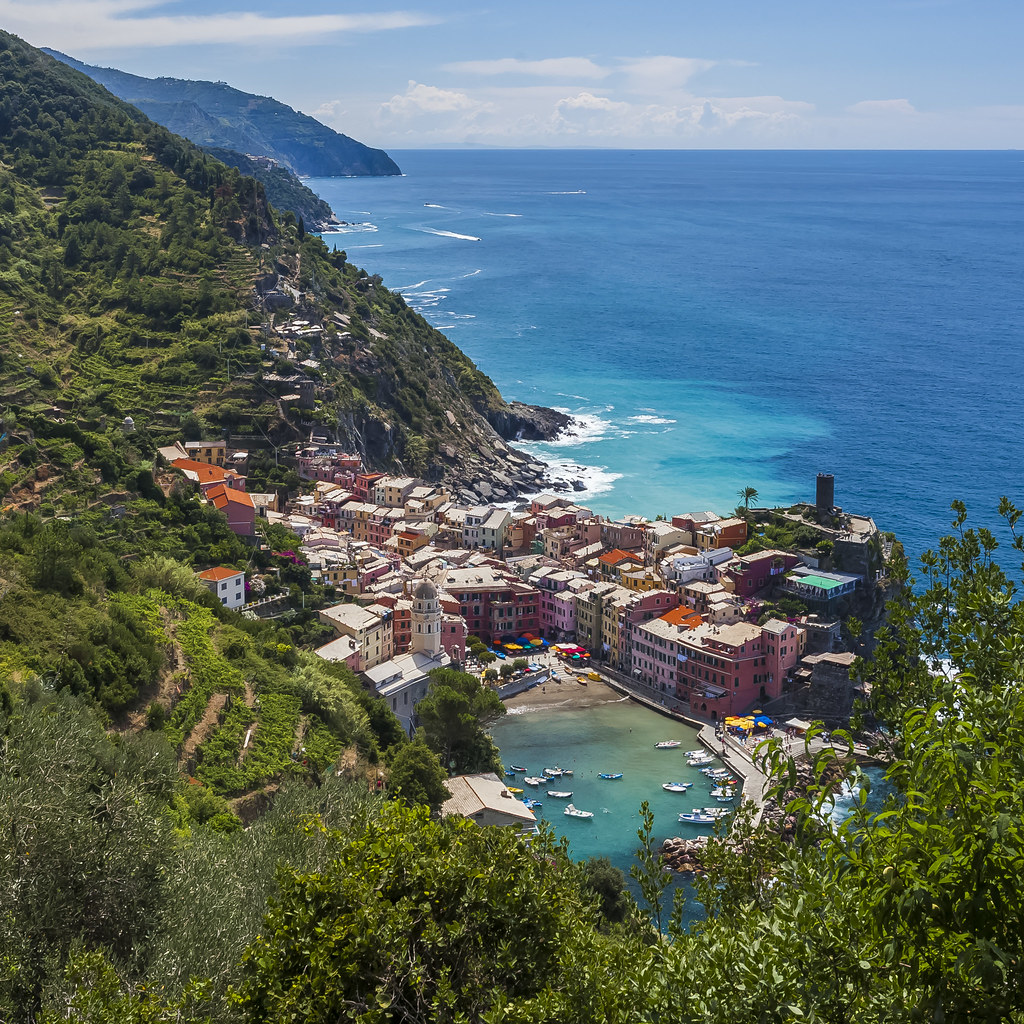